A Guide To Red Roses

William Shakespeare penned the words, “What’s in a name? That which we call a rose/By any other name would smell as sweet.”
From the days of Romeo and Juliet to modern times, a red rose has been synonymous with love. Today, roses are popular all around the world. However, in its initial stages, roses grew abundantly only in Central Asia. The Persians and Egyptians, who later developed a cultivated variety, discovered the wild roses.
A red rose held in a person’s hand is figurative to socialism and social democracy by the United Kingdom Labor Party. Later, several other European and South American socialist parties also accepted this icon. In Greek and Polish languages the word rose itself denotes the color red.

There are a number of famous red rose varieties.

These include Lancaster’s red rose, which is perhaps the first cultured rose variety and the hybrid tea rose, called ‘Mister Lincoln’. Red roses are a frequent selection for romantic dates and valentine day bouquets. If a person wishes to gift a unique item, a red rose plant in itself is distinct.
Red roses are available in various categories. These varieties include English roses, climbing roses, shrub roses, outstanding hybrid tea roses and rose bushes. However, people should be aware of the fact that red rose bushes and shrubs are subject to diseases. These ailments could include occurrence of black spots on leaves or flowers that don’t open or are deformed when they open. Use of Orthene and Malathion sprays could be useful in keeping red rose gardens free of weaknesses.
There are many emotions involved in gifting red roses. These could include expressions of love, magnificence, bravery and admiration. Other reasons that make receiving red roses a common practice include best wishes, appreciation, sincerity and passion. 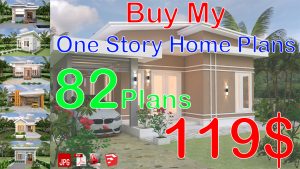 20% Off all House Plans Use this: HousePlans20 Dismiss